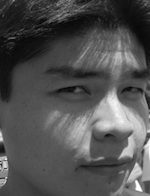 He was resident composer in 2005 for the Singapore wind symphony percussion
ensemble and participated as composer in the 1st Asia-Europe Music Camp Im’PULSE in the Philippines. His work Der dunkle Himmel for cello was performed and broadcasted in the Austrian Radio Ö1 Zeit-Ton programme in 2008. He won first prize for the mixed choir category at the 3rd Choral Meeting of Giannitsa in Greece. His work Prologue and Couplet was performed by Christian Altenburger (violin) and Franz Bartolomey (cello) at the Loisiarte Festival for Contemporary Music and Literature in Langenlois, Austria. The same work is also performed in Berlin in 2012. His work Cater to your taste has also been featured in Musikprotokol Klangwege in Graz. Besides composing, he also orchestrates and arranges: Tarantella performed in the Graz Opera House. He has also sung with and written choral music for the Singapore Youth Choir Ensemble Singers, notably the triple choir work Aeterna Lux, Divinitas; also performed with choirs from Japan and the Philippines. His arrangement of 泥 娃 娃 is published under Carus-Verlag Germany: Spice, Magic, and Mystique: Southeast Asian Choral Repertoire.