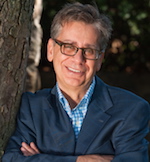 Chester Biscardi’s music has been performed throughout Asia, Europe, and North and South America. His catalog includes At the Still Point, for orchestra, Piano Concerto, Recognition, for piano and violin with string orchestra, Sailors & Dreamers, for voice and chamber ensemble, Tight-Rope, a chamber opera in nine uninterrupted scenes, Trasumanar, for twelve percussionists and piano, and works for solo piano, voice and piano, small and large chamber ensembles, and chorus, as well as incidental music for theater, dance, and television. Recordings appear on the Albany, AME, Bridge, CRI (New World Records), Furious Artisans, Intim Musik, New Albion, New Ariel, North/South Recordings, and Sept Jardins labels, including a recent Naxos release entitled Chester Biscardi: In Time’s Unfolding. Biscardi is a recipient of the Rome Prize, a Guggenheim Fellowship, an Academy Award in Music from the American Academy and Institute of Arts and Letters, and a commission from the Koussevitzky Music Foundation in the Library of Congress, amongst numerous other awards and fellowships.

Biscardi’s compositional activity continues along the path he began in the mid-1970s: a concern with integrating theoretical and technical elements of music with philosophical and literary ideas. For instance, At the Still Point (1977) uses the technique of ‘frozen registration’ to illustrate a poetic image: the ‘still point’ where past and future meet in T. S. Eliot’s Burnt Norton. In the 1980s and ‘90s he began to differentiate between influence (in the sense of direct musical influences and quotes from a specific composer) and resonance (through which he incorporates sounds used by other composers into the texture of his work without imitating their music.)  He is increasingly interested in setting text to music: Henry Butler wrote the libretto for Tight-Rope (1985), and Emily Dickinson, Denise Levertov, Thornton Wilder, Allen Ginsberg, Sheldon Harnick, Muriel Rukeyser, Carl Sandburg, William Zinsser, even the American Songbook have served as inspiration and source material for his compositions. Most recently, Sailors & Dreamers (2007-2010), written with Shirley Kaplan, pays tribute to the tides and the currents that carry us forward to the new and the unexpected.

Born in l948 in Kenosha, Wisconsin, he received a B.A. in English Literature, an M.A. in Italian Literature, and an M.M. in Musical Composition from the University of Wisconsin-Madison, and an M.M.A. and a Doctor of Musical Arts degree from Yale. He is Director of the Music Program at Sarah Lawrence College, where he was the first recipient of the William Schuman Chair in Music. Please see chesterbiscardi.com for further information.