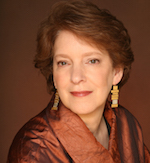 Judith Shatin (www.judithshatin.com) is a composer, sound artist and community artist partner, whose music, called “something magical” by Fanfare, reflects her multiple fascinations with literature and visual arts, the sounding world, and the social power of music. Shatin’s music has been commissioned by organizations such as the Barlow and Fromm Foundations, the Library of Congress, the Lila Wallace-Readers Digest Arts Partners Program, as well as ensembles including Berlin Ensemble PianoPercussion, Da Capo Chamber Players, Kronos Quartet, the Dutch Hexagon Ensemble, Scottish Voices, the Illinois, National and Richmond Symphonies, and many more. Twice a fellow at the Rockefeller Center in Bellagio, she has held residencies at MacDowell, Yaddo, the VCCA, La Cité des Arts (France), Mishkan Omanim (Israel), among others. Her Rotunda, a film collaboration with Robert Arnold, won the Macon Film Festival Best Experimental Film Award, while her music for the film Cinnamon, by Kevin J. Everson, has been heard at festivals ranging from Sundance to Munich and Rotterdam. In demand as a master teacher, Shatin has served as BMI composer-in-residence at Vanderbilt University, as master composer at California Summer Music, and as senior composer at the Wellesley Composers Forum. She is William R. Kenan Jr. Professor at the University of Virginia, where she founded the Virginia Center for Computer Music. Her work is featured in the recent book Women of Influence in Contemporary Music, Nine American Composers (Scarecrow Press). A staunch advocate for her fellow composers, she has served as President of American Women Composers and on the boards of the League/ISCM, American Composers Alliance, and International Alliance for Women in Music and currently sits on the National Council of the Atlantic Center for the Arts.