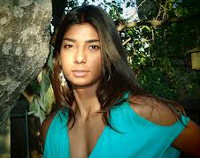 Described as “luscious” and “passionate“, the music of Juhi Bansal takes its inspiration from a widely disparate set of elements. As an Indian composer brought up in Hong Kong, her pieces draw subtly on those traditions, entwining them closely and intricately with the gestures of classical music. Expressive and emotive, much of her music begins with extramusical origins: visual stills from nature, poetry, or poignant and biting phrases of prose.

An active conductor as well as composer, Juhi often premieres works of other composers as well as her own. Recent performances include the 2012 Seasons Music Festival in Yakima, WA, where Juhi conducted the premiere of her work brush dark feathers (for orchestra), as well as composer Jessica Rudman’s Everything Carries Me to You. Recent performances of her music include I’ve Looked for You (for voice and piano) for the AIDS Quilt Songbook 20th Anniversary Project and An Imaginary Thing (for violin and piano) for the Los Angeles based Panic Duo’s Spring 2013 series. Her works have received numerous honours and awards, including the ASCAP Lotte Lehman Foundation Art song Competition, 2009 and 2006 ASCAP Morton Gould Young Composer awards, and fellowships to attend the Seasons Music Festival, Oregon Bach Festival Composer’s Symposium, and the Pacific Music Festival. Juhi is co-artistic director of the New Lens Concert Series, which brings programs juxtaposing contemporary and classical works to the Los Angeles, San Francisco, and Seattle areas.