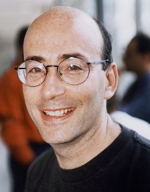 Richard Einhorn’s unique music has been described as “hauntingly beautiful,” “sensational,” and “overwhelming in its emotional power.” He has become one of a small handful of living composers who not only reaches a large worldwide audience but whose music receives widespread critical praise for its integrity, emotional depth, and craft.

In February 2009, Einhorn premiered The Origin, an opera/oratorio based on the work and life of Charles Darwin. Performed to packed houses and standing ovations, the Syracuse Post-Standard wrote, “Einhorn has created an imaginative work layered with profound insight…”

Einhorn’s “opera with silent film,” Voices of Light, has been hailed in reviews as “a great masterpiece of contemporary music” and “a work of meticulous genius.” After selling out its New York City premiere engagements at the Brooklyn Academy of Music Next Wave Festival, Voices of Light has had over 100 performances throughout the US and the world including sold-out performances at Avery Fisher Hall; the Kennedy Center and Wolf Trap with the National Symphony; the Cabrillo Festival with Marin Alsop; and during two extremely successful national tours featuring the medieval vocal group Anonymous 4. The Sony Classical CD of Voices of Light was a Billboard classical bestseller, earning Einhorn the distinction of being one of only a few composers to have made “the charts.” Voices of Light has attracted national media attention including articles in the Wall Street Journal, segments on All Things Considered and Performance Today, and an extended profile on CBS television network’s magazine show, CBS Sunday Morning. Recent performances of Voices of Light have taken place at Sydney Opera House in Australia, at Esplanade in Singapore, and in Johannesburg and Pretoria, South Africa.

Einhorn has written opera, orchestral and chamber music, song cycles, film music, and dance scores. Among his many projects is the wildly popular Red Angels for New York City Ballet set to Einhorn’s music with choreography by Ulysses Dove, which had its television premiere on “Live From Lincoln Center” (PBS) in May of 2002. His film credits include the Academy Award-winning documentary short, Educating Peter (HBO) and Arthur Penn’s thriller Dead of Winter (MGM), starring Mary Steenbugen; and Fire-Eater directed by Pirjo Honkasalo, for which Einhorn won the Jussi (Finnish Academy Award) for Best Musical Score.

Recent works include The Spires, The City, The Field, a 9/11 memorial premiered by the Albany Symphony. A Carnival of Miracles, a piece written for Anonymous 4, premiered to a sold-out crowd at New Sounds Live and broadcasted live over WNYC-FM. My Many Colored Days is an orchestral commission from the Minnesota Orchestra. He lives in New York City with his wife Amy Singer and their daughter Miranda.