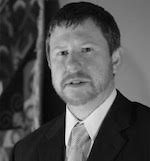 Saxophonist and composer Jason Robinson (PhD, University of California, San Diego) is an Assistant Professor in the Department of Music at Amherst College, where he is also affiliated faculty in Black Studies and Film and Media Studies. He has appeared on more than forty albums, including fourteen as leader or co-leader. In addition to many collaborative projects, Robinson leads and composes for the New York-based nine-piece Janus Ensemble (“rugged and scintillating,” New York Times). His music thrives in the fertile overlaps between improvisation and composition, acoustic music and electronics, tradition and experimentalism. Initially a devotee of post-1960s jazz and creative music, Robinson is celebrated for bringing together various historical directions in jazz—bebop, post-bop, the avant-garde—with an improvisatory and compositional sensibility drawn from Ellington, Mingus, and others. Also a scholar, Robinson’s work investigates transnationalism, interculturalism, and identity in music of the African diaspora, as well as telematics and experimentalism.