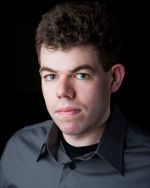 Percussionist Michael Compitello is guided by his passion to create new art through collaborations with composers, performers, actors, and artists in all mediums. Currently Director of Percussion at Cornell University, Michael has worked with composers Helmut Lachenmann, Nicolaus A. Huber, David Lang, John Luther Adams, Alejandro Viñao, Marc Applebaum and Martin Bresnick on premieres and performances of new works, and has performed as a chamber musician and soloist with the Ensemble Modern, the International Ensemble Modern Academy, and with members of the Bang on a Can All-Stars, Eighth Blackbird and So Percussion. Michael has appeared in diverse locations such as the Darmstadt Summer Course, the LA Phil’s Green Umbrella Series, the International Festival of Arts and Ideas, the Norfolk Chamber Music Festival, and the Kurt Weill Festival.

From 2009 to 2010, Michael performed and studied contemporary chamber music with the Ensemble Modern and the International Ensemble Modern Academy in Frankfurt, Germany on a Fulbright Grant from the US Department of State. He attended the New Music Workshop of the Norfolk Chamber Music Festival in 2006 and 2009, was a fellow at the Bang on a Can All-Stars Summer Music Institute in 2006 and 2007, and in 2009 attended the Banff Centre’s “Roots and Rhizomes” percussion residency.

As a student of Robert van Sice, Michael earned an MM and MMA from the Yale School of Music, and a BM from the Peabody Conservatory.