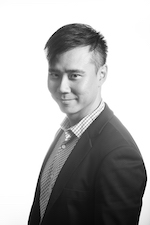 Tianhui Ng is Music Director of the Victory Players – a new music ensemble supported by the Massachusetts International Festival of the Arts, and resident conductor of the Boston New Music Initiative. An advocate of new music, he has assisted in and premiered new works by internationally lauded composers Chaya Czernowin, Aaron Jay Kernis, Salvatore Macchia, David Sanford, and Joan Tower, among many others.

Since his first opera, Stravinsky’s The Rake’s Progress, at age 20, he has conducted many new works, including unusual firsts like the first opera in Yoruba (Nigeria), Irin Ajo by Olabode Omojola in 2018, works for orchestra and interactive electronics like GreyNoiseLitanies by Gregory W. Brown, and Dark River, the arresting story of Civil Rights activist Fannie Lou Hamer in an opera that fuses Motown and Verdi.

His passion for interdisciplinary and intercultural music-making is richly evident in his current project with the Victory Players, El Puerto Rico, which celebrates the rich cultural heritage of Puerto Rico with residencies, commissions, workshops, dialogues, and a variety of performances.